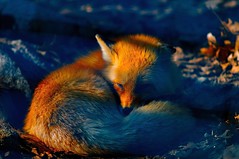 I’ve been hearing a lot of dissent in the Firefox-using ranks lately and have to say that I have been feeling some pain myself, on multiple machines and different operating systems. Once heralded as the lightweight, reliable, alternative browser, Firefox seems to be becoming slower and more bloated with each release.

As a multi-platform user I was a big fan of the Mozilla Suite for years and was quite a late convert to Firefox, hanging onto Mozilla for a long time after the main development focus had switched to Firefox. Eventually it was the breadth of extensions available for Firefox that finally swung it for me and if I’m honest that is the only thing that is making me cling on now.

I’m finding myself using Google Chrome more and more often, the dev channel version for Linux is now completely functional and is extremely fast, possibly more so than the Windows version. If I can wean myself off a couple of Firefox extensions I will be on Chrome full time and there are more extensions becoming available for Chrome all the time. The latest development version of Chromium (the open source version of Chrome) being able to convert Greasemonkey user scripts into extensions can only speed this process up.

How are Firefox and Chrome shaping up for you, or do you use something different?